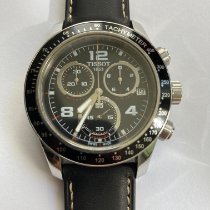 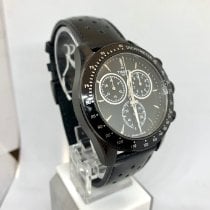 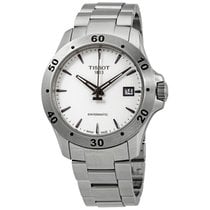 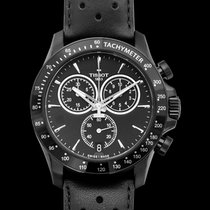 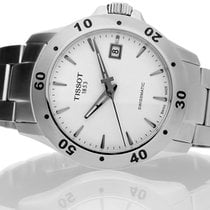 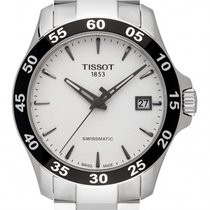 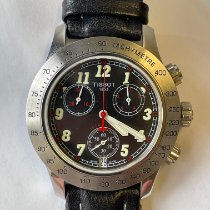 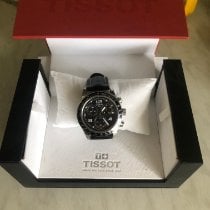 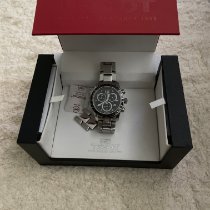 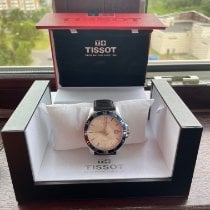 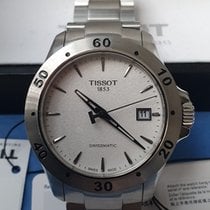 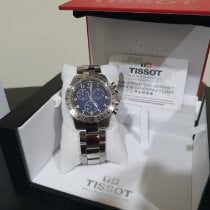 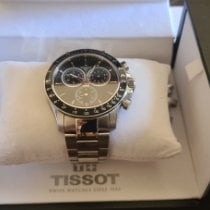 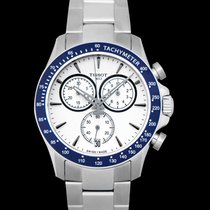 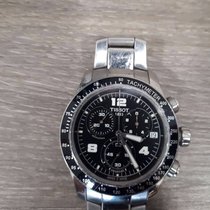 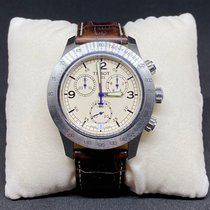 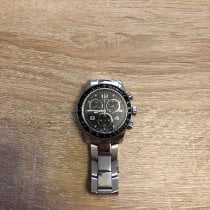 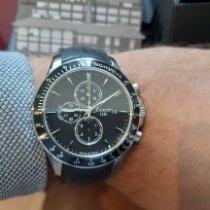 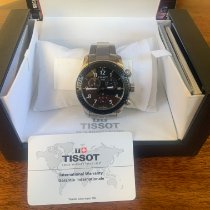 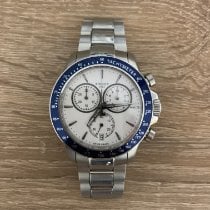 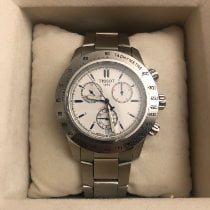 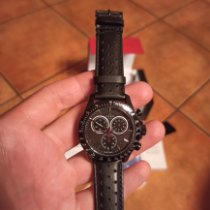 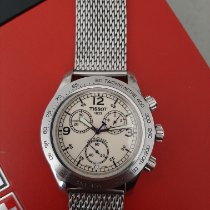 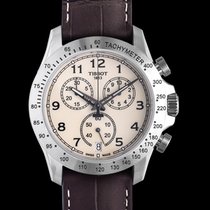 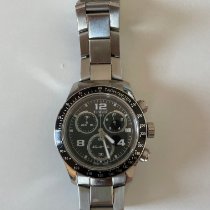 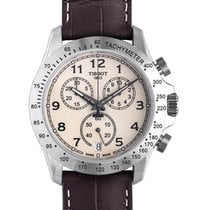 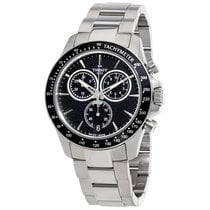 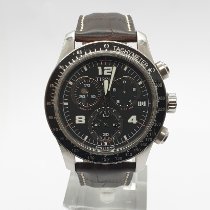 156
IT
Next
Save this search

Tissot offers the very best in accurate timekeeping: Thanks to its precise quartz movement, the Tissot V8 can measure time to 1/10th of a second. Its design stays true to the classic racing watch style with its tachymetric scale.

The V8 is a part of the T-Sport series from Tissot, a Swiss brand that has been around since 1853. Thanks to the two push-pieces above and below the crown and three subdials, the V8 is immediately recognizable as a chronograph. The cases of the watches in this series are all made of stainless steel and have a diameter of 42.5 mm. Most models have a stationary bezel with a tachymetric scale with which you can measure average speed per hour. The watch is named after the engine with the same name.

At around 300 euros, the V8 is a relatively affordable watch. If you're a fan of auto racing and looking for a watch that embodies your passion, then the V8 is the right watch for you. Its design resembles dashboard instruments from classic racecars and thanks to its size, it looks good on larger wrists. While the watch's design is reminiscent of classic 1960s car racing, it has modern, precise quartz technology running inside of it. Its quartz technology allows the watch to time with a level of precision that usually only very high-quality mechanical watches can reach, such as the TAG Heuer Carrera Calibre 36. Thanks to its intricately constructed high-frequency movement, the Carrera can measure time to 1/10th of a second. However, a Calibre 36 is expensive, running in the four-figure range. If you're looking for other options in the V8's price range, consider the Sportura series from Seiko.

The V8 collection is named after the well-known, powerful engine of the same name. A V8 engine has eight cylinders which are mounted in two sets of four in a V-shape. This construction allows the engine to generate a lot of power, yet requires only a modest amount of space. Notably, the historic, loud muscle cars with lots of displacement would have been unthinkable without V8 engines. The reputations of legendary cars from the 1960s, such as the Ford Mustang, the Dodge Charger R/T, the Ford GT 40, or the Shelby Cobra, are due in part to their powerful V8 engines. Moreover, Mercedes-Benz has used V8 engines for their S-Class cars for decades. The V8 is largely reserved for sport and racecars as well as luxury-class cars. With the name V8, Tissot is declaring this watch to be a powerful engine for your wrist, paying homage to all the legendary V8-powered cars.

Keeping an Eye on the Dashboard

The stopwatch function has two subdials at ten and two o'clock. The subdial at ten o'clock keeps track of the minutes after pressing the push-piece, and can keep count up to a maximum of 30 minutes. The other subdial counts 1/10ths of a second, with its scale reading 0, 2, 4, 6, and 8.

The third subdial at six o'clock keeps track of the seconds. The large central seconds hand, on the other hand, is actually a part of the chronograph function and only activated via pushing the push-piece above the crown. The counters for the 1/10th seconds and minutes are also controlled this way. If you press the push-piece above the crown a second time, you'll stop the hand and be able to read the elapsed time. The push-piece beneath the crown resets the chronograph function to zero. You can also stop the stopwatch and start it again with another press to measure interim periods.

Measuring Speed on the Tachymetric Scale

The majority of the V8 watches have a stationary bezel with a tachymetric scale, which allows you to measure average speed in km/h or mph. For example, you drive a kilometer and stop the chronograph. The large second hand stops and points to a number on the tachymetric scale, which indicates the number of kilometers per hour you traveled. It functions the same with miles or other units per hour.

The 12, 4, and 8 numerals on the main dial are especially large, ensuring easy readability and adding to the dashboard-inspired look. The date display is near the crown at the three o'clock position. The date can be quickly adjusted via the crown, which is pulled out slightly. Pulling it out further allows you to set the time down to the second, as this stops the decentralized second hand.

Tissot offers the V8 with black, white, dark blue, and ivory dials, with the dark dials featuring matching bezels. Models with lighter dials have an uncoated stainless steel bezel with black markings. For wristbands, you have the choice between black and brown leather or stainless steel.

The case is waterproof to 10 bar, which is equal to a depth of 100 m underwater, making the watch suitable for use while swimming or water skiing. The use of sapphire glass also contributes to the watch's robustness, as it is incredibly scratch resistant. The V8 is 10.6 mm thick and weighs 155 g. With a diameter of 42.5 mm, a racetrack design, and tachymetric scale, the V8 resembles Omega's Speedmaster, although it's less expensive. Tissot and Omega have been a part of the same company since the 1930s and both are now members of the Swatch Group.

A Precise and Reliable Movement

One reason for the T-Sport V8's attractive price is its G10.211 quartz movement from ETA, the largest ébauche manufacturer worldwide and a fellow member of the Swatch Group. Users report that this caliber runs reliably and precisely, with deviations of only a few seconds per month. The movement is 7.4 mm thick and has four jewel bearings. It draws its energy from a 394 button cell battery.