As both technology and design in just about all fields continue to advance at a seemingly exponential rate, many individuals find themselves looking back to what they see as their golden age and eventually choosing to incorporate the remnants of that era into their lives. For several years now, we’ve seen this to be especially true in the collecting of vintage cars and vintage watches – two outstanding passions that are far more similar than one might initially think. With both communities gaining popularity and both markets seeing record setting prices being realized every day, let’s take a look at the natural relationship that is shared.

So why exactly is it that countless vintage gear-heads appreciate and actively collect vintage watches? For one, there is a clear mechanical parallel between the two interests, which can be a significant source of challenge, learning, and reward for a collector. Just like a car, a mechanical watch is the product of hours of hard work, to create hundreds of relatively minuscule parts that all work together to perform a function in a rather magical and raw fashion. When dealing with automobiles of the 20th century, you have to realize that these are often finicky, antiquated, and complex machines, which require regular maintenance and upkeep. Driving a vintage car is an undertaking that demands patience, the investment of both time and money, and the accumulation of knowledge for future use. This is also true of vintage watches, in that rare and important pieces will commonly need to be resurrected through an overhaul of the movement, after years of use, and sometimes abuse. Once the work has been put in and obstacles have been overcome, ownership is all the more enjoyable and rewarding. 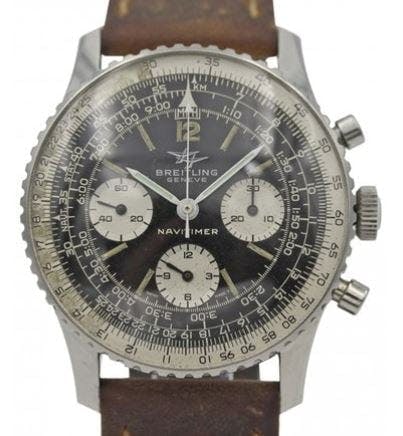 Due to the extensive number of independent car and watch brands that we saw come and go in the past, collecting vintage examples of timepieces and automobiles allows for individuals to express their own personal tastes to a greater degree. For example, take De Tomaso, the now defunct, Modena-based sports car marque. Though some may not know the brand or the cars that they produced, people today still celebrate cars like the Mangusta and Pantera, because these designs and driving experiences speak to them. Similarly, we’ve seen an increased interest in lesser known watch brands like Universal Genève and Eberhard in recent years, thanks to collectors who seek to only satisfy themselves, and not catch the eyes of others.

Another similarity that we see with collecting vintage cars and vintage watches is the concept of “the hunt.” This of course is the never-ending, trying quest of searching high and low to find the next addition to your collection. With modern cars and watches, one can simply walk down to the closest dealer and buy what they desire, but as many will know, sourcing a classic car or a require, again making the payoff ownership satisfying and fulfilling, especially if it was found in an unconventional place. Aficionados and seasoned collectors refer to such discoveries as “Barn Finds,” meaning watches or cars that are found in unlikely settings, in remarkable, original condition. The idea of not fully knowing what may still be out there is what keeps the hunt ongoing, and collectors collecting.

Above all, the strongest shared comparable trait is the sense of community that can be felt in both fields. Since it wouldn’t be a stretch by any means to say that navigating both markets requires a sizeable amount of knowledge and experience, looking to others for assistance and insight is always a wise move. Because of this, invaluable contacts and life-long friends can be made quite quickly, thus elevating the passion past collecting alone. At the end of the day, it is the community’s love of collecting and the element of camaraderie that can be experienced at a “GTG” or Concourse that keeps the two disciplines thriving, and may they continue to thrive for years to come.