Looking to sell a watch? Select how:

Over 1,500 successful private sellers each month.

Become a Chrono24 dealer
Free Appraisal
What is your watch worth?
Home Magazine Lifestyle TAG Heuer Connected Watch – Is it what we’ve hoped for?

TAG Heuer Connected Watch – Is it what we’ve hoped for? 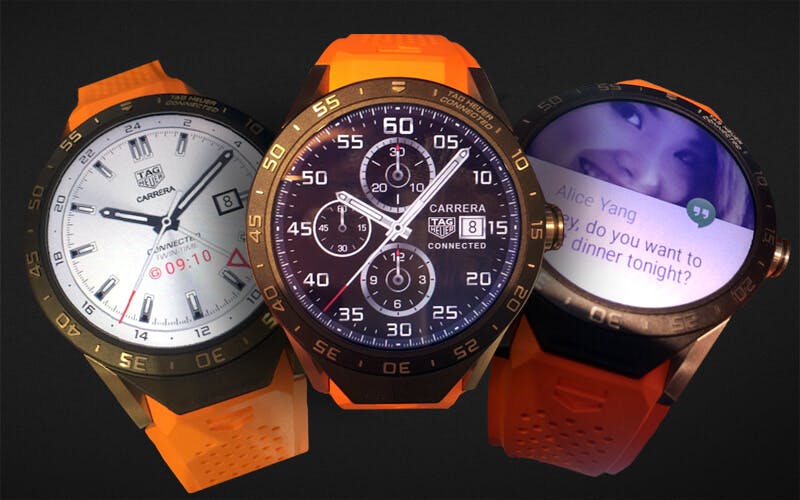 TAG Heuer announced a partnership with Google and Intel at BaselWorld—and that was actually the only thing they did. There was no product and nothing concrete to present to the crowd. It was a bit of a letdown, so to speak. Now, a few months later, TAG Heuer have announced the Connected Watch that they’ve been developing with Intel and Google. If you can’t deal with Apple, I guess that Google and Intel are the best parties to cooperate with.

The TAG Heuer Connected Watch looks like an old friend. It is based on the famous Carrera collection from TAG Heuer and you have to look closely to realize that you are actually looking at an LCD screen instead of a traditional dial. The watch bears “Swiss Engineered” on the case at 6 o’clock, which is only partly true, as Google and Intel have developed the intelligence within the watch. The case was designed by TAG Heuer in one of their manufactories, of course. TAG Heuer probably also had a large say in the specifications of the watch, particularly regarding the “smartwatch” features. 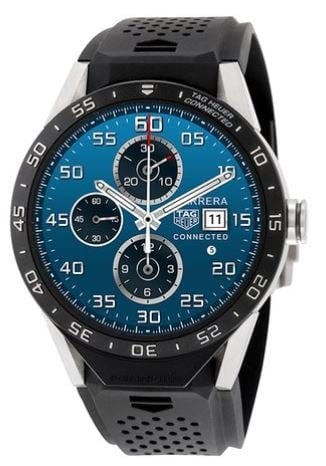 The many faces of the TAG Heuer Connected

The Connected Watch (the creative process for coming up with catchy names didn’t really result in something good) has somewhat less modest dimensions than the average TAG Heuer sports watch. The case measures 46 mm x 12 mm, which is considered to be fairly large. However, a smart watch must have a proper display if it is to be used in the most efficient way—the bigger the better, you might say. 46 mm is still wearable for many men out there, especially because it is made of titanium to reduce weight. The watch is attached to a rubber strap and has a titanium buckle.

As far as the engineering or technology part goes, the watch runs an operating system from Google (Android Wear) and can communicate with iPhone and Android phones, as you’d expect. The Connected Watch uses Bluetooth to connect to your phone, features Wi-Fi, and has some storage inside as well (4 GB) to store data and applications. You will need your iPhone or Android phone if you need GPS for tracking your position (when running, for example), as the watch has no GPS sensor inside. When there is no smartphone nearby, you can use the Wi-Fi connection (if there is a Wi-Fi signal available) to connect to the cloud. You can use the Google Play Store to download apps. TAG Heuer’s Connected Watch should get a full day of battery life, but as they say, the proof of the pudding is in the eating, so let’s wait and see how it will hold up.

More important than its specifications is the Connected Watch’s usability! Besides nifty looking digital dials that you can swap (TAG Heuer will make more of them available later on), subscriptions to sports and news updates, etc., the watch features a number of classic functions (timer, alarm, chronograph) as well as some typical smartwatch features that we’ve seen from other brands as well: a step counter and the ability to count burned calories. These resident applications will keep on working without being connected to a smartphone. 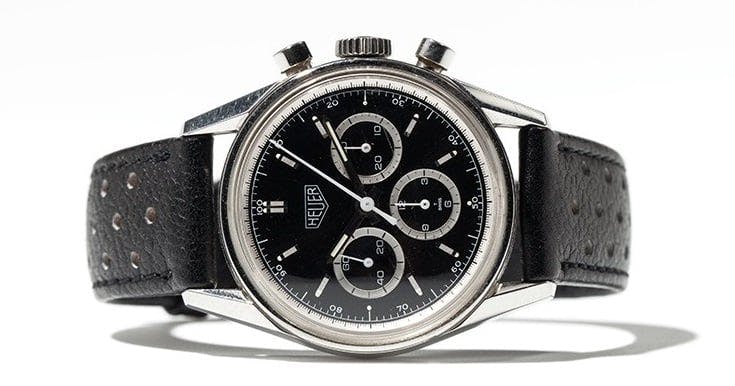 By Robert-Jan Broer
Nov 19, 2015
View all articles
Next article

May 27, 2016 by
Christopher Beccan
View all articles

Editor’s Picks of the Week – Zenith, Hermès and Rolex

The Watches of Team Chrono24: Pascal