If there’s one watch capable of captivating people’s imaginations, then it’s got to be the legendary Omega Speedmaster. This is the wristwatch that NASA astronauts have worn during space missions since the 1960s. It was a Speedmaster that accompanied Buzz Aldrin and Neil Armstrong when they famously completed the successful Moon landing in 1969. This watch seems predestined for adventure and good stories. The success of this model is evident in its sales figures on Chrono24, where the Speedmaster is among the top 3 best-selling watches this year. The Speedmaster is of great significance for Omega as a brand. Of course, there is no such thing as “the Speedmaster” as it’s a series in itself (although the most well-known models are the two that made it to the Moon: reference numbers 105.012 and 145.012). Omega never tires of delighting fans with different variations of the Moonwatch. Some of these are limited editions, such as the model celebrating the 50th anniversary of the Apollo 11 mission.

Beyond the Moon Landing: 4 Omega Partnerships and Linked Watches 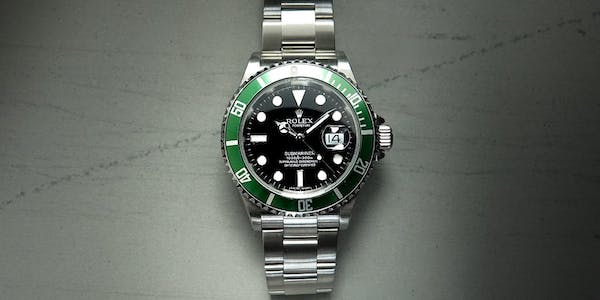 Why are so many people fascinated by the Rolex Submariner Kermit?