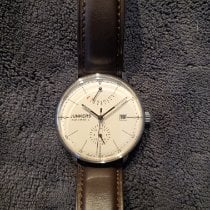 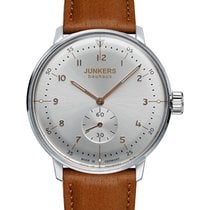 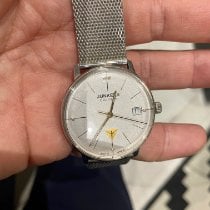 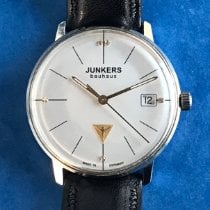 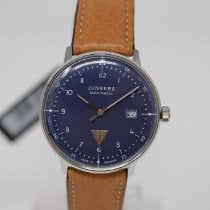 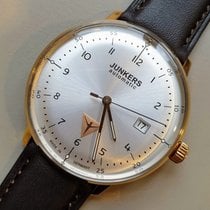 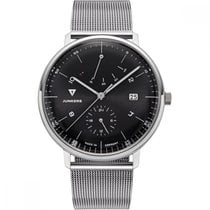 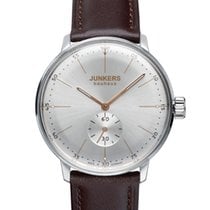 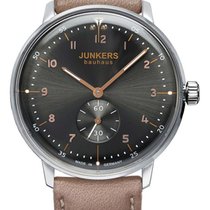 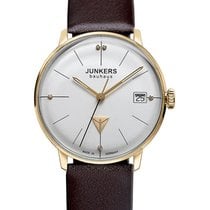 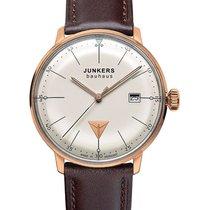 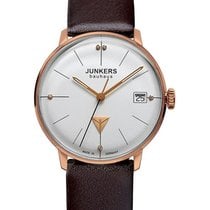 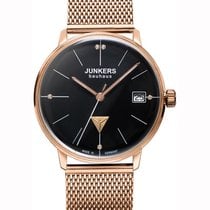 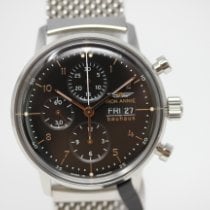 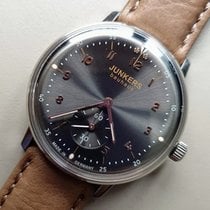 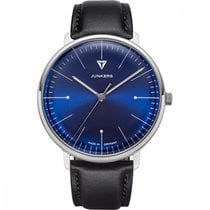 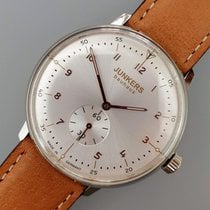 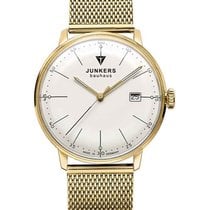 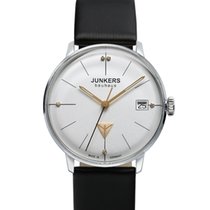 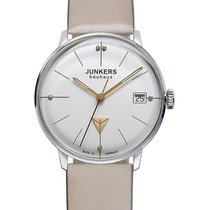 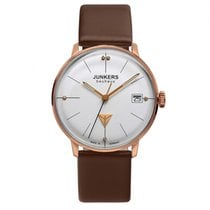 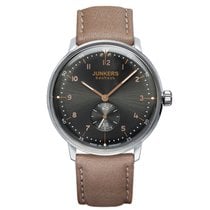 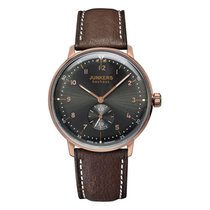 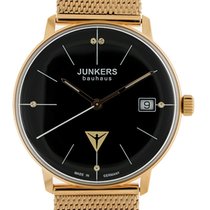 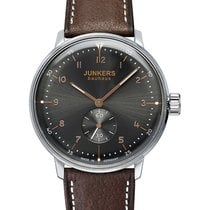 The Junkers Bauhaus collection reminds us of the shared history between this watch manufacturer and the eponymous art movement. These dress watches emphasize functional design and minimalism. Mechanical movements power this collection's top models.

4 Reasons to Buy a Junkers Bauhaus

While the German watch brand Junkers is relatively young, its roots go deep. It belongs to the watch manufacturer PointTec and is inseparable from the success of the engineer, businessman, and aircraft designer Hugo Junkers. Beginning in 1888, Junkers worked as a specialist in various fields, including aircraft construction and thermodynamics. Over the course of his life, he went on to found several companies. He spent a long time in the eastern German city of Dessau, where he came into contact with the Bauhaus movement. Junkers supported the ideas and work of Bauhaus artists and collaborated extensively with them. Both sides benefited from this relationship and impacted one another.

The Bauhaus collection serves as a reminder of this working relationship. In keeping with Bauhaus teachings, the design of each watch is a direct response to its function. Accordingly, these models have a simplicity about them: Indices or small Arabic numerals mark the hours, and the dials come in restrained colors such as beige, black, or silver. Leather straps or Milanese bracelets hold these watches on the wrist.

Junkers produces both quartz and mechanical Bauhaus timepieces powered by calibers imported from different suppliers like ETA or Ronda. Each movement features a date display, power reserve indicator, and/or chronograph function. The different models have either a 35 or 40-mm case, usually made of stainless steel. However, there are some gold-plated editions available.

How much does a Junkers Bauhaus cost?

Junkers watches meet all the quality standards you'd expect from a product made in Germany. Their movements are imported from perhaps the most important country in the entire industry: Switzerland. Quartz watches with a date display at 3 o'clock make up this collection's entry-level models. You can purchase these timepieces for under 230 USD. These watches feature simple dials with no ornamentation beyond hour indices and, on some models, Arabic numerals. The final result bears a striking resemblance to the Junghans Max Bill. A black or brown leather strap keeps these stainless steel watches securely on the wrist.

The Junkers Bauhaus Lady with the reference number 6073-5 feels especially feminine and sells for about 260 USD. Its stainless steel case is 35 mm in diameter. The same gold used for the Junkers logo envelops the hands and dot hour markers at 3, 6, 9, and 12 o'clock. The silver, black, and gold color scheme is elegant and looks stunning with the light beige leather strap.

Junkers Bauhaus chronographs cost between 260 and 320 USD and are available in a 35-mm Lady model or a 40-mm men's watch. Both sizes have the same dial layout: There's a small seconds dial between 2 and 3, a date display at 4, an hour-counter at 6, and a 30-minute counter between 9 and 10 o'clock. Most Bauhaus chronographs come on a leather strap, though some models use a Milanese bracelet instead.

Junkers also makes Bauhaus watches with automatic or manual calibers. They source these movements from suppliers like ETA or Miyota. ETA SA is a Swiss watch movement manufacturer and also provides products to industry giants like Breitling and IWC. The Japanese company Miyota belongs to the Citizen Watch Co., and is also an established name in the watch scene.

Prices for automatic Junkers Bauhaus watches begin around 420 USD. That amount will get you a simple model with a date display and leather strap. The reliable and precise ETA caliber 2824-2 ticks away inside these timepieces.The Miyota 9132 powers the automatic watches with a power reserve indicator between 11 and 1 o'clock. It also comes with a 24-hour display at 6, so you can always tell whether its day or night. These 40-mm stainless steel watches cost about 540 USD. Models with a black dial and leather strap are especially attractive.

The manual Junkers Bauhaus uses the ETA caliber 7001 and requires regular winding. A small seconds dial at 2 o'clock has replaced the central second hand and gives the dial a cleaner appearance. These models feature a silver or anthracite dial combined with a brown leather strap. You can call one of these watches your own for around 900 USD.

Friedrich Peter Drömmer designed the Junkers logo in 1924. Drömmer, an expressionist painter and graphic designer, served as the head of the advertising department at Junkers' Dessau facilities from 1923 to 1933. He also worked with the artists of the Bauhaus movement in the 1920s. The logo represents a flying man and was directly inspired by Hugo Junkers' work in the fields of aviation and aircraft construction.